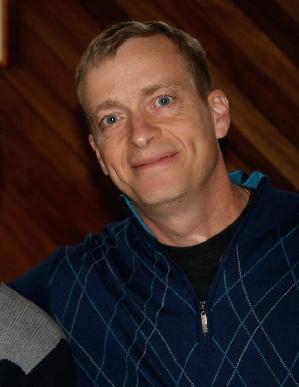 Each year, the number of people Guidoboni Strong rides for unfortunately expands due to this treacherous disease. This year, we ride with our father in our hearts, but also with the thoughts of many others who have fought and continue to fight the same battles as Dad.

A brother and friend, Arjan Ruqi.

A professor and mentor, Noreen Leibson.

ABOUT OUR DAD, DON GUIDOBONI

At the age of 57, our seemingly healthy father, Donald Guidoboni, was suddenly diagnosed with stage 4 brain cancer. As a father, he was full of advice, knowledge and humor. He taught all four of his kids how to drive, along with his niece, his wife, and friends of his wife. He loved red wine, scoring deals on red wine, and listening to Rodriguez. Dad was someone who always played it safe; he never would leave the house without sunblock and always wore a seatbelt. At the time of his diagnosis, he had been working as a self-employed, dedicated real estate developer. When he wasn't negotiating on business calls, he could usually be found on the golf course.

His love of golf was the very clue that his wife had that something was wrong. In October 2014, he wouldn't get out of bed...even to golf. Then, he began asking the same question multiple times. Assuming it was possibly a stroke, his wife brought him to the ER. The MRI indicated there were multiple tumors in his brain. Dad had a glioblastoma (GBM). GBMs are difficult to treat and are extremely aggressive. With the location of his tumors, there was no chance of surgery. His doctors at Dana Farber told us, "the deck is stacked against him".

Dad fought his battle with cancer for 10 months. Dad did not 'lose' his battle to cancer, because it was never a fair fight to begin with. In those 10 months, he showed us how to make the best of a horrible situation by always laughing and rarely complaining. When he was too weak to help us decorate the Christmas tree, he threw the ornaments (yup, glass ones) at the tree. To all our amazement, all of them caught branches and stayed!

Although his loss has left so many of us with an immense void, we must go on and do what we can for those who are still fighting. We know nothing would make Dad more proud than to see our team raise money for and bring awareness to this unfair disease.