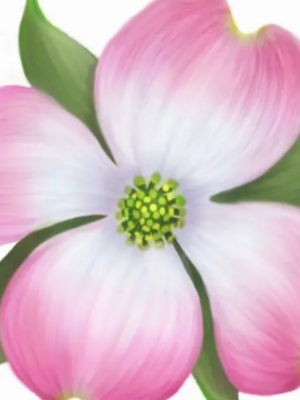 I am uniting with others to make a difference in the fight against brain tumors. I am passionate about this cause, so I’m taking action. I need your help in this fight.  After my Mother, Maxine McLaurin Anders, was diagnosed with the deadliest form of brain tumor, glioblastoma, in December 2015, all of Mother's family and friends quickly learned a lot about this oddly named tumor often referred to as "glee-o", which definitely doesn't make it any better.   It is an aggressive, fast growing tumor referred to as having sticky substances (or even tentacles) that attach itself to the brain and is hard to remove in its entirety.

Mother was blessed to have family that helped her get seen quickly at Duke, have surgery, radiation and follow-up visits with Duke - which no doubt aided in her pushing through the boundaries of the typical 15-16 month survival time for those who are able to receive treatment.  But, it was an arduous 27 months for Mother since her mental and physical capabilities continually declined.  She did well after her tumor removal and experienced most side effects from any major surgery.  But, once her radiation started, she began to feel the effects and even wondered if she should continue with treatments.  The doctors at Duke ensured her that if she continued, it would be the best way for her to live longer, but there was definitely a quality versus quantity of life aspect that we wouldn't notice until later.  Mother became increasingly lethargic during her radiation treatments and we started noticing some differences in her personality and memory.  She would have seizures, difficulty with mobility, trips to the hospital and need a full time team of caregivers and medicine management.  She went from walking with a cane to needing a walker, then one where she could sit and be pushed.   After radiation was complete, she continued to do chemo, which was a pill version.  We are still not completely sure of the side effects of it, but we still feel the radiation caused the most effect for her.  Towards the Fall of 2017 she was completely bedridden because her body had completely given out.  We made the decision to start hospice care and she was taken off all of her medications except for pain management.  She stayed in her home and own bedroom as long as possible, but when she was no longer aware that she was in her home and she needed more intensive care, we decided to move her to the SECU Hospice House in Smithfield, North Carolina in January 2018.  That was the most agonizing, horribly difficult decision to make and I will never forget them coming to pick her up.  I can now say that I wish we had done it sooner because she received the utmost care and attention from some of the best caregivers in the business at the SECU Hospice House.

Mother had friends and family constantly come visit her after her diagnosis and she always knew everyone that visited with her - which we are still amazed at!  We also saw that she experienced some heavenly visits too, which we are also grateful for.  On February 22nd, 2018 friends and family had been visiting Mother most of the day and her breathing took a turn that no one had seen or heard before - it was very heavy and belabored.  She did that through most of the afternoon and evening.  By midnight she was still experiencing that belabored breathing; me and my sister prayed she wouldn't have to endure it too long because it looked so difficult for her to do.  But, right before 1:00 am on February 23, 2018 everything got very quiet and she was gone.

As with any diagnosis with any disease, every patient is different, but I am hoping my family's experience with glioblastoma can help other families who may be going through it by sharing our story.   Also, by raising money and awareness through races and organizations such as the National Brain Tumor Society and Carolinas Brain Tumor Race.

Join Team Dogwood (Mother loved dogwoods) and run, jog, or walk with us on Saturday, March 25, 2023 in Charlotte!

National Brain Tumor Society will not rest until a cure exists - but more needs to be done. Please join in my effort!