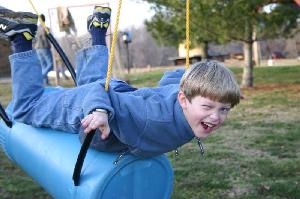 The Drew Nealley Team debuted in early 2007 as a tribute to an exuberant little boy who lost his personal battle with glioblastoma in 2006. This year will mark the Team’s sixteenth year of participation in the DC Race for Hope. Our namesake was funny and creative, with a penchant for drawing Superman cartoons and starring in home movies about renegade cowboys. He loved attending Grace Episcopal Day School in Kensington, MD where he developed strong bonds with classmates, teachers and administrators. Many of these old friends and colleagues continue to participate in the Race year after year. Throughout his final year at Grace Episcopal, Drew participated in the school’s Walker’s Program, walking 89 miles during recess while undergoing treatment for his tumor. He ultimately won the Walker’s Award which has since been renamed in his honor. We are proud to participate in the Race for Hope to honor Drew’s tenacity and courage.

What began as an idea among a small group of family and friends quickly grew into a formidable effort. During the past fifteen years, Drew Nealley teammates have run and walked over a thousand miles to raise over $285,000 in support of brain tumor research. Friends from grade school and high school, fellow parents, colleagues from work, running groups and Scouts, and myriad other walks of life have joined with us over the years to honor “Super Drew” at this special event. As much as we cherish our core members --- and we do! --- we are also thrilled when a new member joins in the fun!

We are also extremely proud to count several brain tumor survivors among the Drew Nealley Team family: Quinn Simpson, April McDowell, Ann Ewing and Leenu Peterson.
Please join us to celebrate our ongoing participation in the Race for Hope by signing up as a team member or making a generous donation toward our goal.