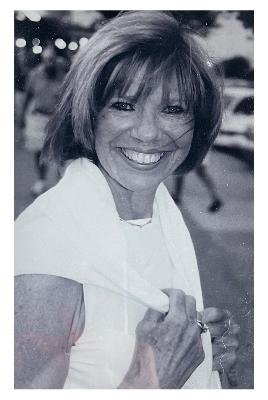 Rachelle Roth, 74, of Chevy Chase, MD, passed away June 10, 2022, surrounded by her loving family.
Rachelle Newman Roth was born February 12, 1948 in the Bronx, NY, to Charles and Ida Newman and grew up in Woodmere, Long Island. As survivors of the Holocaust, the Newmans were determined to give birth to their daughter in the states; Rachelle was born just days after Ida immigrated from Belgium.At just 12 years old Rachelle met her soulmate, Jeffrey Roth. She and Jeffrey graduated from the University of Pittsburgh in 1969 and married that same year. Together they entered the world of retail, where Rachelle worked in the garment district in New York City. Her artistic talents, eye for style, and love of design coupled with his business acumen led to their 1991 founding of Urban Country Design, a home furnishing store in Bethesda, MD. Rachelle lost her childhood sweetheart to brain cancer in 1999, after which her resilience, creative spirit, and love of all things beautiful served as her inspiration to continue to grow her business into the family design empire it is today.Rachelle is survived by her three daughters: Jillian Roth of Chevy Chase, Chloe Roth of Chevy Chase and Sascha Roth of Washington, DC. She is also survived by her twin granddaughters, Izzy and Josie; and her twin grandsons Jordan and Jonah.Rachelle is survived by her sister, Ruth Matt (Peter Matt) of Oceanview, DE; cousin Gabriel Dratwa (Sonia Dratwa) of Brussels, Belgium; as well as numerous loving nieces and nephews.
In lieu of flowers, donations can be made in Rachelle's memory to the following organizations that were dear to her heart, Race for Hope DC and Dr. Andrea Cercek's team at Memorial Sloan Kettering Cancer Center.
National Brain Tumor Society unrelentingly invests in, mobilizes, and unites our community to discover a cure, deliver effective treatments, and advocate for patients and care partners. We are in the unique position to affect change across the drug development, policy and legislative, research, and clinical trial systems at all levels. We don’t focus on a single method or approach to defeating brain tumors. We drive a multi-faceted and thoughtful approach to aggressively influence and fund strategic research and discovery, as well as advocate for public policy changes, in order to achieve the greatest impact, results, and progress for brain tumor patients.